Busuanga is an island with mostly dirt roads and you can do as little or as much biking as you want with a 4×4 pick-up shadowing on the driveable roads or meeting cyclists after single track stints. The great plus for a car-supported trip is that Tribal Adventures can carry a spare bike as a replacement.

The trip starts a Decalachao, north of Busuanga Airport. Bikers head south, riding through undulating roads before starting on the single tracks to San Nicolas, north of Corn Town. Five minutes into the single track there is a river crossing, a challenge even when the season is dry. There we have a quick snack and plot what our pace will be over the following 12 kilometers of easy to moderate biking across tree-studded plains to the bridge crossing the river bordering San Nicolas.

For a distance of some 15kms between Decalachao to San Nicolas the 4×4 does not shadow as the route turns from dirt road to single bike track.

From San Nicolas, we bike 10kms to Guadalupe to explore a local villagesm before cruising into Coron Town to end the ride.

Experienced bikers looking for a challenge can opt to do a hard-core course north-bound. The hard core track to Cheey is a tough one, with the first two-thirds of the trip being undulating with only periodic tree cover. Most of the last one-third is cycling regularly in and out of rainforest with frequent stream crossings.

Assemble in front of Coron Public Market or at Camp Calauit, Cheey, Busuanga, as the case may be, for briefing and bike fit-out.
2

Drive to Decalachao for start of biking.
3

Emerging from the village, riders take a clayey undulating road for some 5 kms till the start of a single track that eventually takes them to the village of San Nicolas.
4

River crossing challenge before blasting through the rest of the single track to San Nicolas.
5

Lunch on the banks of the San Nicolas river
6

Mountain bike from San Nicolas to Guadalupe, a distance of some 10 kms, with a steep ascent of 3kms - the 4×4 shadowing.
7

Merienda at Guadalupe. Explore the village
8

Bike into Coron town with 4×4 following
9

End of tour with a well-deserved beverage 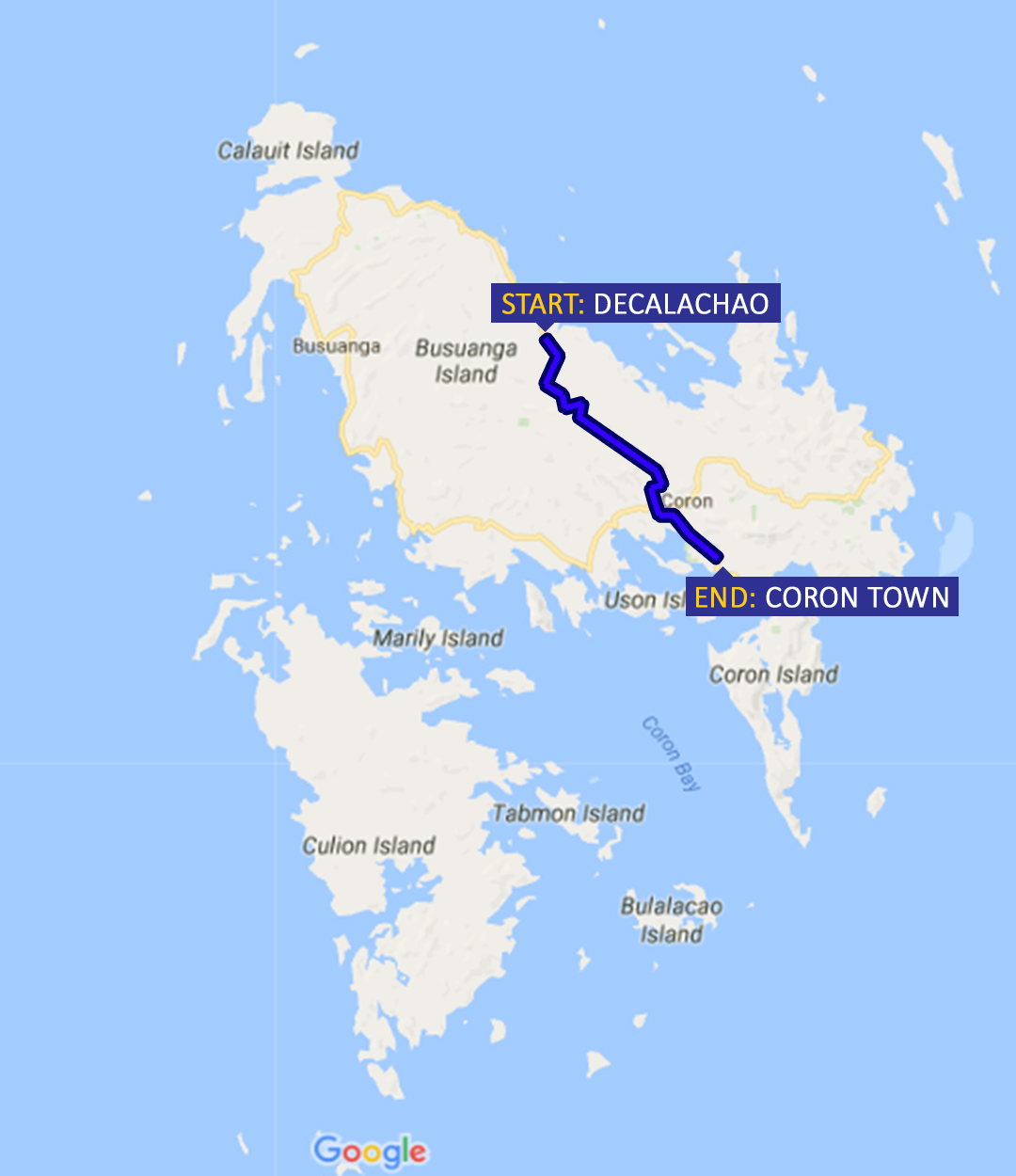